For me, the best thing about any Queer Film Fest is that in a short period of three days, these movies expose you to the gigantic spectrum of issues and narratives of LGBTQ+ people all around the globe.

“Now more than ever we need to talk to each other, to listen to each other and understand how we see the world, and cinema is the best medium for doing this.” 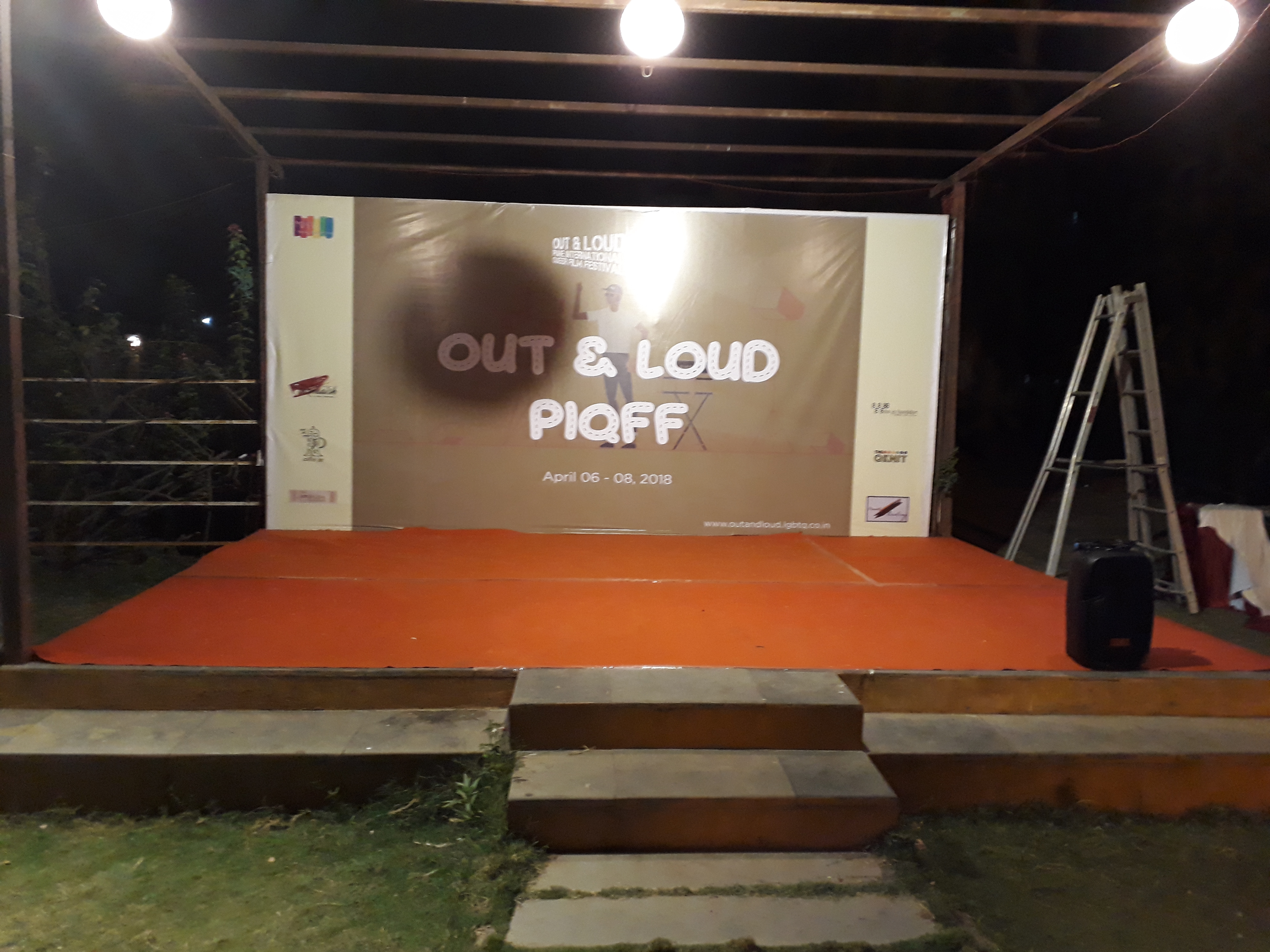 The 2nd edition of Out & Loud – Pune International Queer Film Fest(PIQFF) that spanned 3 days from 6th to 8th April, screened a whopping 128 movies.

For me, the best thing about any Queer Film Fest is that in a short period of three days, these movies expose you to the gigantic spectrum of issues and narratives of LGBTQ+ people all around the globe.

As Martin Scorsese rightly says in the above quote – cinema is perhaps the best available tool – to understand the subtle layers of kindness, tolerance, inclusivity and above all – humanity!

On the first and the last day, PIQFF had arranged for several entertaining performances.

To name a few, we had – the hilarious comedian Aayushi Jagad, an acoustic solo by Jaydeep Behere, Belly Dance by Abhishek, Tandav Dance by Sonali Dalvi and a duo dance by Pulkit and Swaraj.

As a closing ceremony, there was Panel Discussion hosted by Shyam Konnur( founder of PIQFF ) that touched upon sensitive issues of coming out, day-to-day difficulties faced by the trans community, class-discrimination within the LGBT+ community etc

The panel comprised of a transwoman, a queer film director, a mother of a queer boy and a counselor.

Now let’s talk about the heart and soul of PIQFF – the movies!

>Beyond the Mirror’s Gaze

Should one decide their affection to other person based on looks/gender/biological-sex/sexual-compatibility and several such bucket-list items?

Or it is just the soul-to-soul connection that matters the most?

“Coming Out” are the two words that evoke a feeling of nervousness and restlessness for any queer person.

“How” exactly to do it – is something a queer person can never easily settle upon.

Write a letter? Say it face to face? Ask some friend/sibling to do it? Show some LGBT+ video and then tell I’m one of them?

Lalit Ghosh, a young man aged 28, decided to come out to his father by preparing his father’s favourite dish.

A 2D animation film, made by a mind-boggling 4000+ hand-drawn sketches, it brings out the craving for acceptance in the society a queer person feels.

“Butches are misunderstood by the people. There is a difference between wanting the power and freedom of men and wanting to be like men.

We are women and we don’t want to be like men!”

An eye-opening documentary on the Butch Lesbian Community( a lesbian whose appearance and behaviour are seen as traditionally masculine) and their unique set of issues within the LGBT+ community.

The documentary consists of interviews with 5 people who identify as butch, ranging in their age/race/profession.

Very poignantly and empathetically, the audience gets a detailed exposure to the struggles these 5 people go through in several day-to-day affairs.

“It is just the prostrate stimulation that I like. That doesn’t make me gay!”

The mental dilemma they go through, especially when they are “sucking” or “bottoming” ( basically playing the role of the submissive person in the dynamic) and what tactics each of them uses to battle against it, is portrayed in a meticulous way.

These heterosexual men’s super-casual look towards the gay-porn industry as a “normal” career, and how some of them are even open about this to their girlfriends – was really unbelieving!

In India, the Hijra community and other transwomen are the most victimized: rape, violence, discrimination, and even death are motifs of their daily existence.

TransVision is the first YouTube channel with content written and directed by transgender people meant to dispel stereotypes surrounding the community. 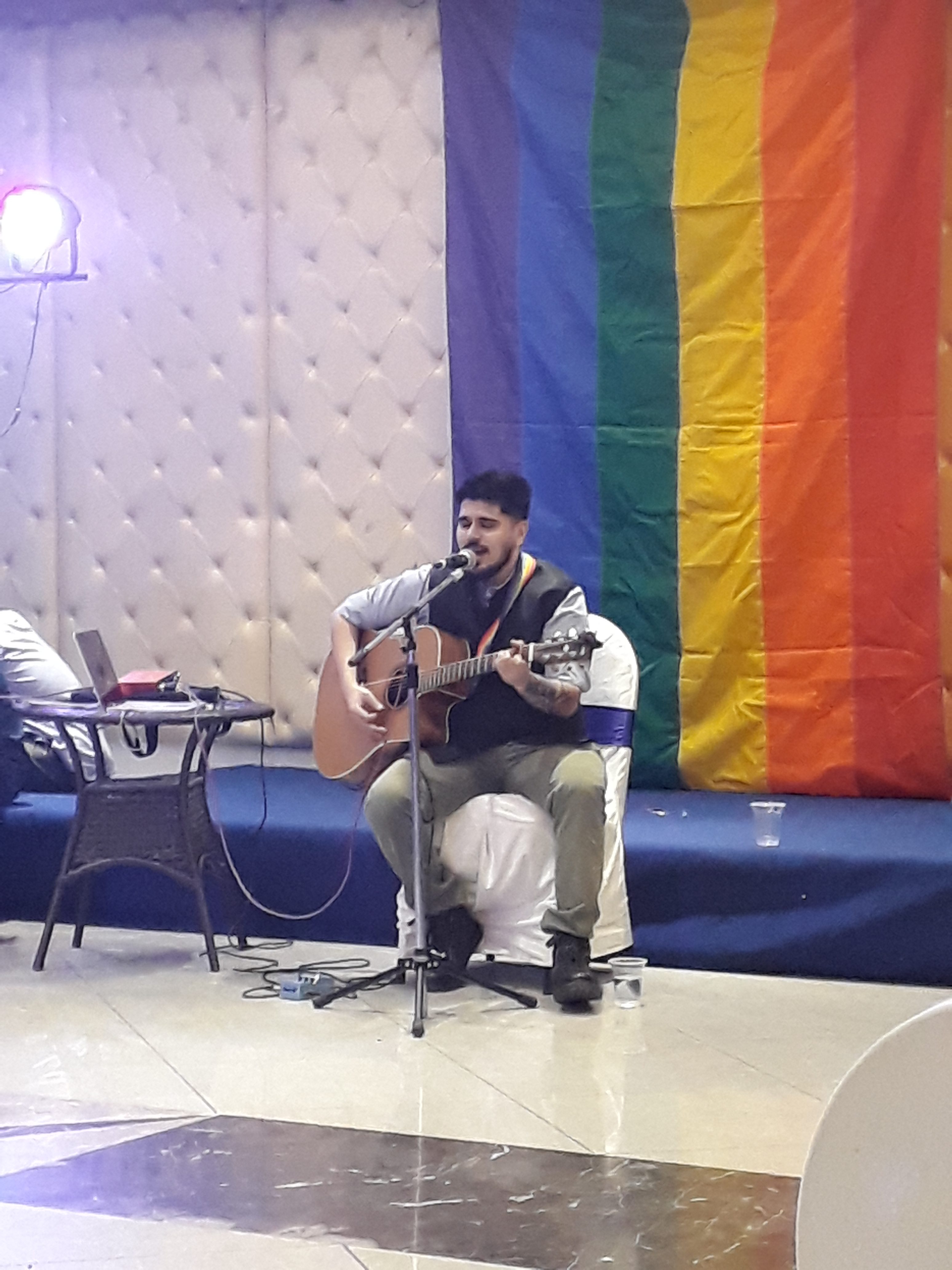 A unique movie on a tabooed and terribly misunderstood concept of cross-dressing.

DUK-Jae, an aged man in his 50s, discovers “Hawaii” – a club of men that prepare themselves for annual cross-dressing contests in Korea.

He then makes a half-hearted but bold decision to participate in it, discovering a hidden silver lining about his personality.

The movie is about this journey of DUK-Jae, and how he goes through the hardships of learning all the mannerism, faces severe hate and criticism from both work & family, and then finally wins the contest beating all the young blood with a slim body and dazzling get-up!

Love-life and Work-life constitute almost the whole of any person’s life.

But what if these two lives are in stark conflict?

Aeffetto Domino is a story of young man Lorenzo, who is super-passionate of doing volunteer work of teaching students in Africa, much to his boyfriend’s annoyance.

Later on, the sad news about his state of health will change its existence, causing a domino effect on his life and on the lives of people he loves.

>My son is gay

Varun comes out to his best friend’s mother. When the news reaches his own single mother Lakshmi, she is shattered.

A school Principal, Lakshmi outrightly rejects the idea of homosexuality. She takes an extreme decision to ask her adoring son to leave her house.

My Son is Gay showcases the struggle of both – a queer person and his family – while dealing with the socially stigmatised issue of homosexuality.

Suso and Ricard are getting married, but Suso’s grandmother is homophobic.

Hence instead of telling her that the grandson is having a gay wedding, Suso’s mother and sister fool her by telling its a birthday party event.

What follows next are several satirical scenes at the wedding party, showing how even in places where same-sex marriage is legalised, the struggle a homosexual person goes through for his “coming out” event is neither easier nor guiltless.

A young man, in his early 30s, is visiting a sex-therapist for his low libido.

The sex therapist, an old lady in her 70s, uses the technique of hypnosis to take the young man back in the time – starting from his childhood years.

She is keenly looking for the deepest sexual fantasy experiences the young man has had in his past.

Superbly humorous and incredibly sassy, the movie explores the teenage sexual experiences a person goes through – especially when he himself is struggling with the confusion over his sexuality.

Sometimes it’s easier and more comfortable to share our deepest intimate feelings with a random stranger than with our friends or families.

A young helpless man, who misses his last night train, is helped by a stranger who has a weird name of ‘Mobile’.

Mobile invites him to spend the night in his room.

To his shock, the young man finds out that Mobile stays in a brothel building in a single room with poor and pathetic facilities.

What follows, later on, is a short but intense conversation between the two.

Both of them, knowing each other for perhaps an hour, discuss candidly their sexualities, families, personal dreams and desires.

For its immensely touching scene where David takes his boyfriend – who is suffering from depression – into the shower and bathes him up naked.

All this while David is fully clothed and controls his sexual urges to his ill boyfriend, showing real-life maturity.

A lovely short documentary in which 7 HIV+ gay men discuss their challenges in life and in the society – both as a community person and further being an HIV+ person.

A heart-rending movie on two childhood boys, who are best school friends.

As adolescence rushes in, one of them begins to identify him as a woman and has an intense affection for the other.

>Welcome to the World

The sensitive issue of suicide among the LGBT+ community members is touched upon by a man who is making a video just before committing the act.

In the end, I leave you with a few touching/thought-provoking dialogues from some of the films :

If we openly talk about it(HIV/AIDS), only then we can find answers to the problems.

I’m not afraid of death, but of dying.

If you want to make a human being a monster then deny them, at a cultural level, a reflection of themselves.

You are here on the Earth. And there is no cure for that.

What I realised was this(homosexuality) is not about you or mum or the society.

You all can go and just fuck yourselves!

About the guest author