Pride began that night, and its vanguard was firebrand trans woman of colour, Marsha P. Johnson.

When rocks flew into the night of June 28th, 1969 outside the Stonewall Inn in New York City, history stood still to take notice of what we now call the beginning of the modern Gay liberation movement.

It was any other night at Stonewall; a gay bar run by the infamous ‘mafia’ of that time. Queer establishments were prohibited by law, but the mafia paid off local police and in turn charged exorbitantly from the mostly white-cis-queer patrons of the inn. All was going well when somewhere into the night, the lights came on, and New York police raided the bar. Lives were lost, and many others were hurt or arrested, but the spark that began that night, ignited a whole movement that went on for days and brought together queer folk from all over the country; and later, the world. 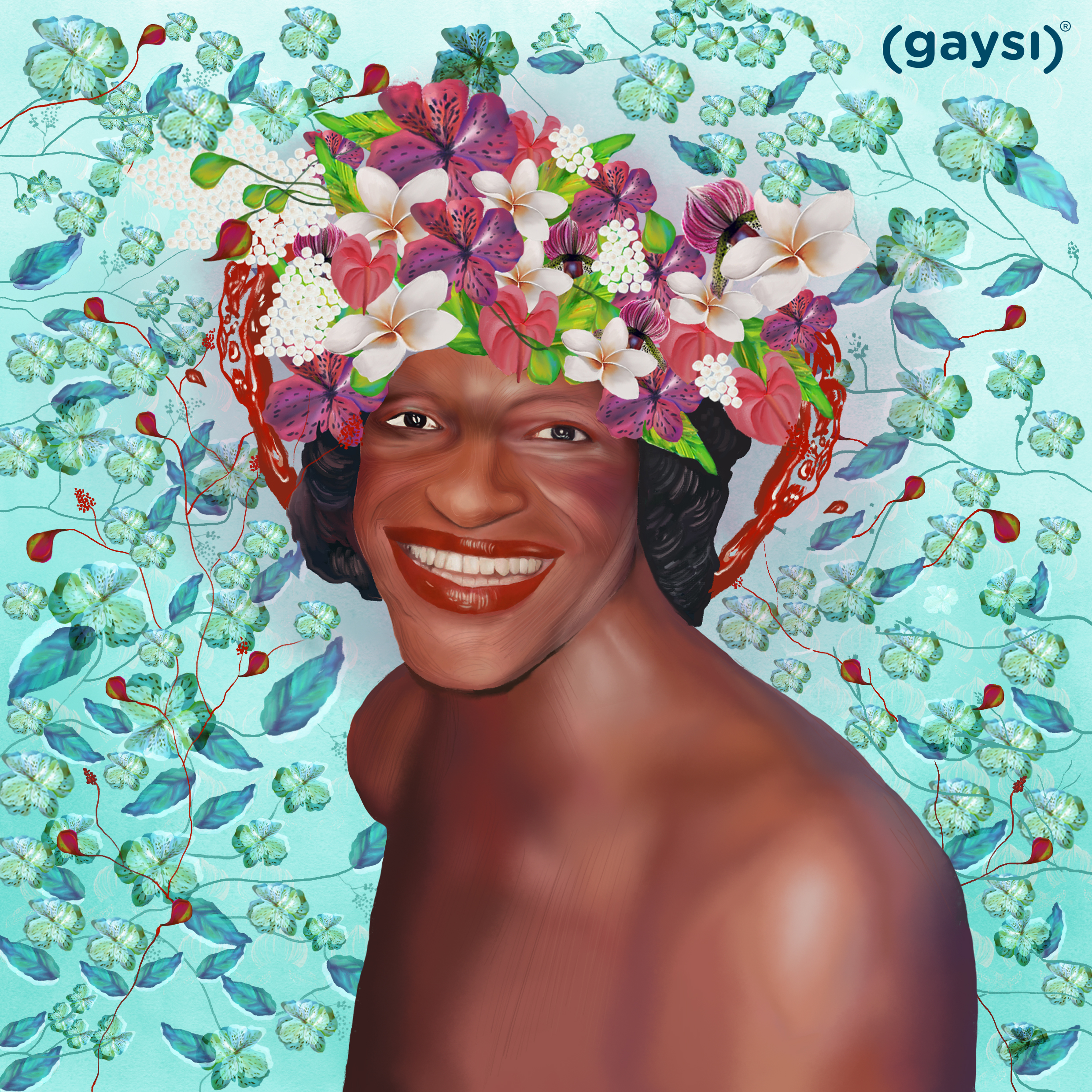 Pride began that night, and its vanguard was firebrand trans woman of colour, Marsha P. Johnson.

Born Malcolm Michaels Jr. on Aug. 24, 1945 to a working-class household, Marsha came from modest beginnings and moved to New York City in 1963 with what she later recalled in an interview, ‘$15 and a bag of clothes.’ Transgender wasn’t a very widely accepted term back then, so Marsha is often cited calling herself transvestite, drag queen, or when asked blatantly for her gender, simply giving her middle name; P. for ‘pay it no mind’.

Advocating for Gay liberation from the very beginning, Marsha was just 23 when she is remembered as one of the early instigators of the Stonewall riots, allegedly throwing a shot glass at a mirror in the torched bar screaming, “I got my civil rights”. After Stonewall, she joined the Gay Liberation Front and participated in the first Pride rally on the anniversary of the riot in June 1970. Later, in the 70s she, along with her lifelong friend and colleague, Sylvia Rivera, started one of the first trans advocacy groups of the world— ‘Street Transvestite (now Transgender) Action Revolutionaries’, or STAR. Through STAR, they worked to advocate for young trans people — and for a time, house, clothe and feed them. Both Marsha and Sylvia effectively were from ‘off the streets’, with each going through their tribulations with poverty and homelessness, a reality they wanted to protect other vulnerable trans folk from.

Throughout her life living outside the sexual mainstream, Marsha’s presence can be found in videos and documentaries of the time from her active role in gay politics and her general colourful personality. Nearly every picture documented of Marsha has her smiling a toothy, almost whimsical smile; one that came to resonate hope for so many around her. Her fashion and demeanour forced even Andy Warhol to take notice which led to Marsha modelling for him for in 1975 as part of a series of photographs titled, ‘Ladies and Gentlemen’.

As a gender non-conforming woman of colour, Marsha had ardent supporters and friends, but also faced vehement violence and exclusion. Marsha is documented to have gone through several battles with mental illness, drug abuse and towards the end of her life even AIDS. On the sombre morning of 6th of June 1992, she was found dead at 46 years old in the Hudson River. New York police chalked it up to suicide but locals including community leaders have always questioned the mysterious circumstances of her death, 25 years on.

Marsha: In Death as in Life

Last year, Netflix released an original documentary directed by David France titled ‘The Death and Life of Marsha P. Johnson’ (2017). The documentary follows protagonist Victoria Cruz; a trans-woman of colour from the Anti-Violence Project in New York City, as she attempts to seek answers about Johnson’s death. What follows is about 105 mins of detective search into Marsha’s life through the eyes of all the people she influenced. The documentary is more a eulogy than a biography, as it covers mainly versions of Marsha’s life from her friends and colleagues in the community and less a dive in into her early life, thoughts or emotions. This though can be preceded with the fact that not much is known of her early personal life due to the pervasive culture of LGBTQIA+ exclusion of the time, and most of Marsha can only be found in archival footage and information from the movement she began.

The theory the film implies throughout is that Marsha was, in fact, murdered. The possibilities of how that may have happened are the ones Victoria tries to explore. This brings forth the strongest part of the film in how it shows the connection between Marsha’s legacy and Victoria’s activism in the present. It also highlights the lasting culture of violence towards trans women of colour till date through parallels in the recent case of black transwoman Islan Nettles, who was murdered by a queerphobic cis man.

The film concludes open ended with Victoria reflecting over her journey and that of Marsha’s. Her investigation does not reach a dead end but does not find the conclusion either, so Victoria is seen finally submitting all her research to the FBI.

The colour and joy of Marsha P. Johnson’s short and troubled life is an echo of hope and melancholy to this day. Hope, in how much she did for the community in establishing the ‘T’ n LGBT+, yet melancholy for how in order to understand the beginning of her life, we must begin at Marsha’s untimely end.

Soft fire sign ready with her queer eyes, ears and nose to dissect pop culture and feminist LGBT+ discourse. The wri8er boi Avril should have warned you about.