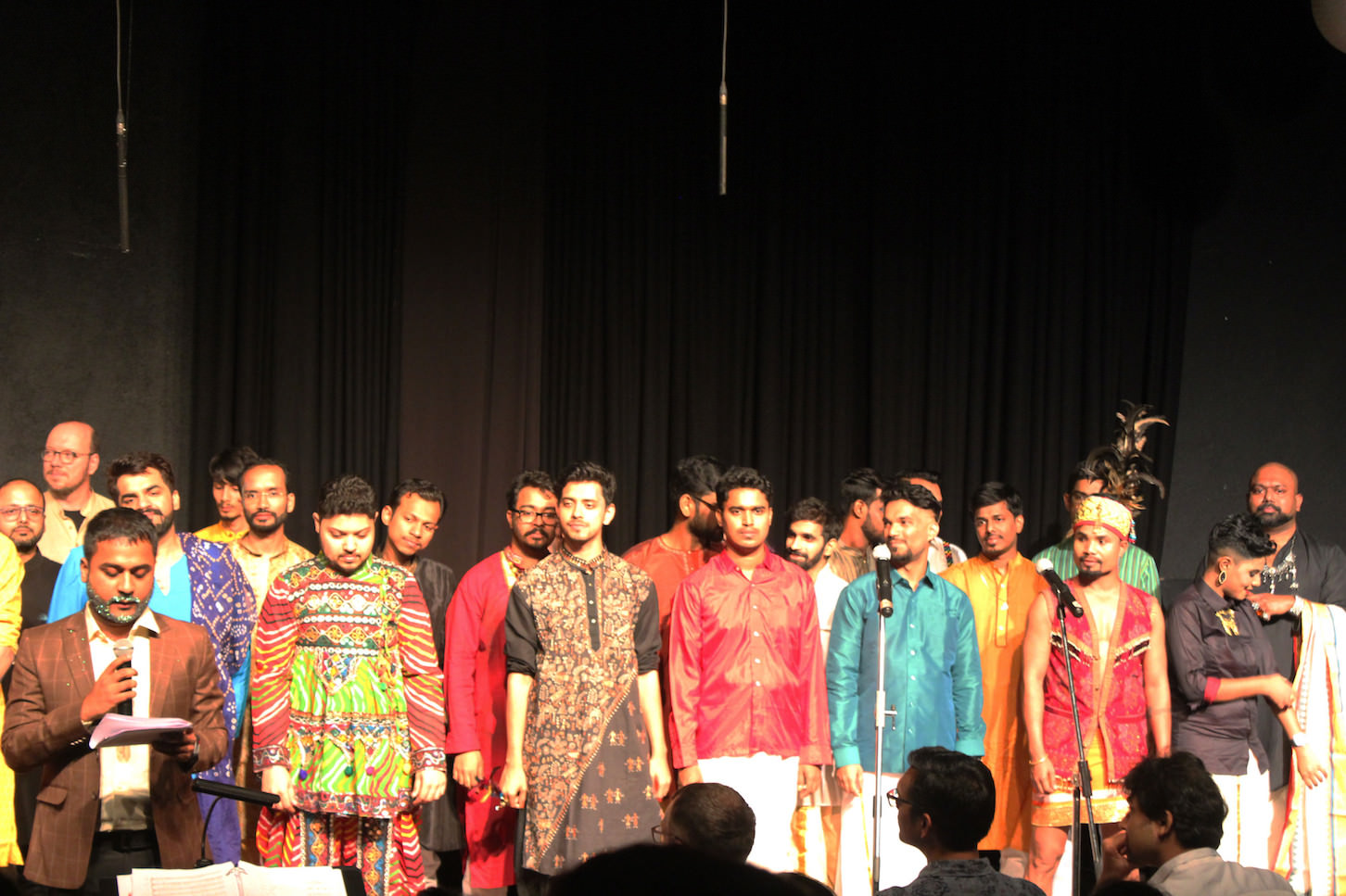 Amidst all the preparations and chaos for the Mumbai Pride March 2018, there was also an evening full of soulful music by Rainbow Voices, Mumbai’s very own queer choir group. From Bollywood to contemporary and classical tunes, the evening had a special musical note to offer every queer individual.

‘Mile Sur Mera Tumhara – Let Our Voices Unite’ was a musical event featuring Rainbow Voices at the G5A Foundation for Contemporary Culture last month. Rainbow Voices Mumbai strives to create extraordinary musical experiences that foster a safe environment for all sexual and gender identities, develops a sense of community and that builds a world where all people thrive as equal and complete members. 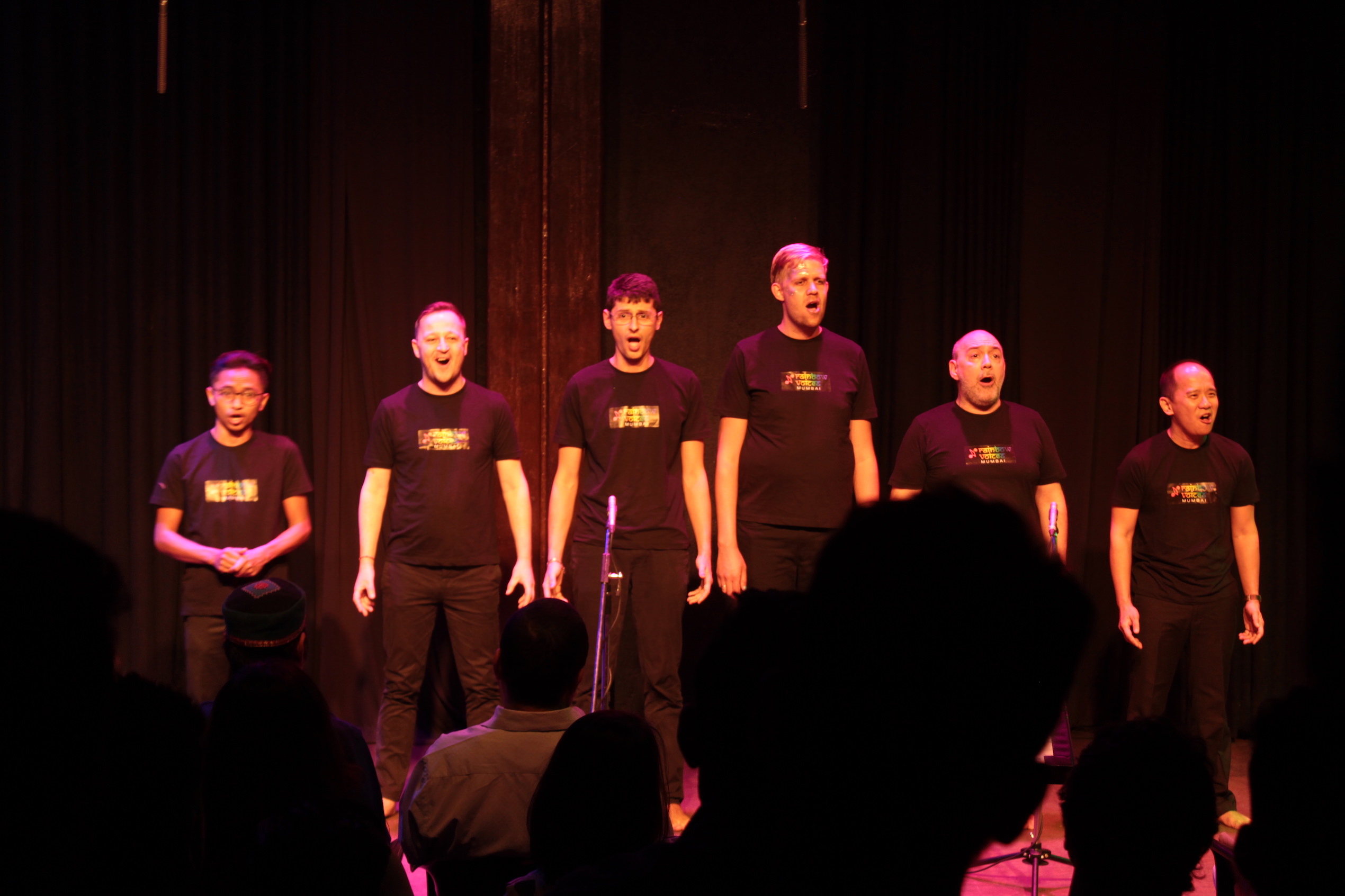 The choir group comprised of members of the LGBTQ+ community with performers from London, France, Italy, The Netherlands, Australia, Singapore, Indonesia and the United States. This global solidarity aimed at creating awareness about the issues the LGBTQ+ community faces in finding their identity in the modern world. Addressing the audience, the choir stressed on the fact that through their performances, and the power of music, they wish to eradicate discrimination, oppression, ignorance, and prejudice. They hope to inspire other LGBTQ+ artists who feel voiceless and silenced. Some of the many famous songs that were performed at the event were ABBA’s Take A Chance On Me, A.R Rehman’s Ishq Bina and Khoon Chala, and Coldplay’s Fix You.

The event, led by music director David Williamson was crowd-funded and hosted. A narrative held the backbone of the performance, laced with a mix of Bollywood, Classical, Pop and other genres of music- capturing the emotions of the audience.

Harish Pedaprolu, one of the audiences for the show said, “The songs lifted me from isolation and incarceration to support and freedom. It was heartwarming to see so many people from my community coming out the seizing the show. The performances were stellar and the message was nicely woven”.

Rainbow Voices Mumbai was founded by Sibi Mathen and Vinod Philip in 2014. The band performs regularly at LGBTQ+ events in Mumbai and has previously collaborated with bands from London, Stockholm,and Sweden. Addressing the audience about the journey of the choir group, Vinod Philip said, “The formation of the choir was a part of my coming out story. We called for auditions, in 2014, after the Supreme Court verdict. My mum kept pushing me to join a choir as soon as I moved to Bombay. At that time, there wasn’t any gay-friendly church choir. In fact, it’s still difficult to put those words together in one sentence. That’s when Sibi and I decided to start one. It was a miracle, like a virgin conception. We had 22 people show up. After a few practices, we were tired as we couldn’t see any opportunity for us and just when we were about to shut our doors, David Williamson came through like a whiff of fresh air. David transformed the choir from little ducklings to swans. Gaysi supported us by giving us a platform for the first time. That’s how we stand proudly today and make a difference with music.” 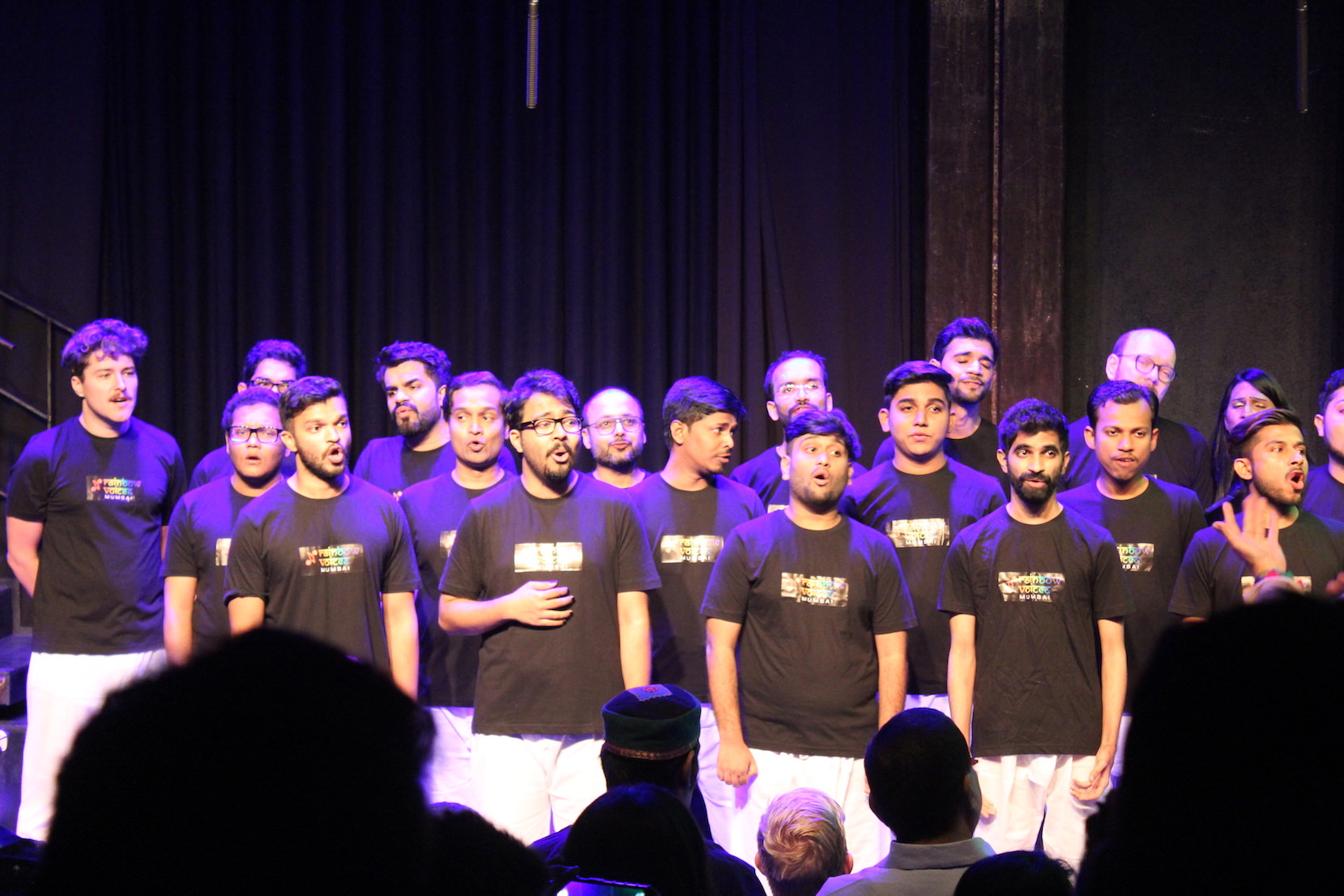 One of the choir members sharing their journey said, “Our first Pride Concert was in January 2017. Rainbow Voices Mumbai, which is India’s first LGBT choir performed with London’s Pink Singers, Europe’s longest running LGBT choir at the NCPA. After that, we were invited to sing with them at the London Pride. Last year, we invited individual members from LGBT choirs across the world to join us in our 2018 concert at the Mumbai Pride in the form of an independent event- ‘Mile Sur Mera Tumhara – Let Our Voices Unite’. We’re thrilled to perform for the Pride Calendar and thank the Humsafar Trust, QAM, Milaap, and Quebec for supporting us. Keeping the spirit of freedom alive, our theme for the concert this year is #377QuitIndia.” The event indeed helped in pushing the struggle against section 377 forward by liberating and collecting a common voice of struggle.