Interview Aam Gaysi : Coming Out Should Be A Natural Process… 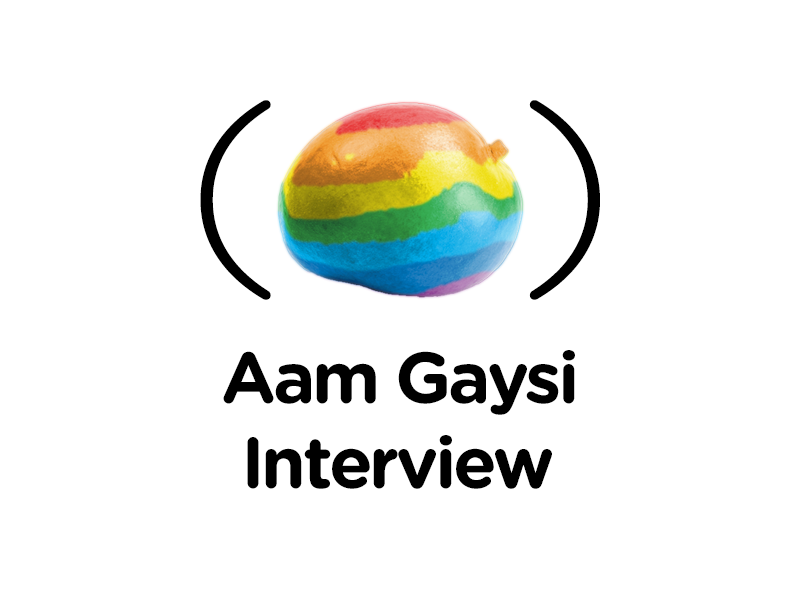 I identify myself as being GAY (A Rainbow Boy/Kid)

Q. When did you first start to define your identity as such?

As far as I can remember, I think the moment I hit puberty around 11 or 12ish or so it was always the same sex that attracted me. What guys would feel looking at girls, I would feel looking at guys. During school I would just be staring at guys and would ensure I am there in sports, in dramatics, in choir and even in the school band even though I was the last one in terms of popularity or talent. 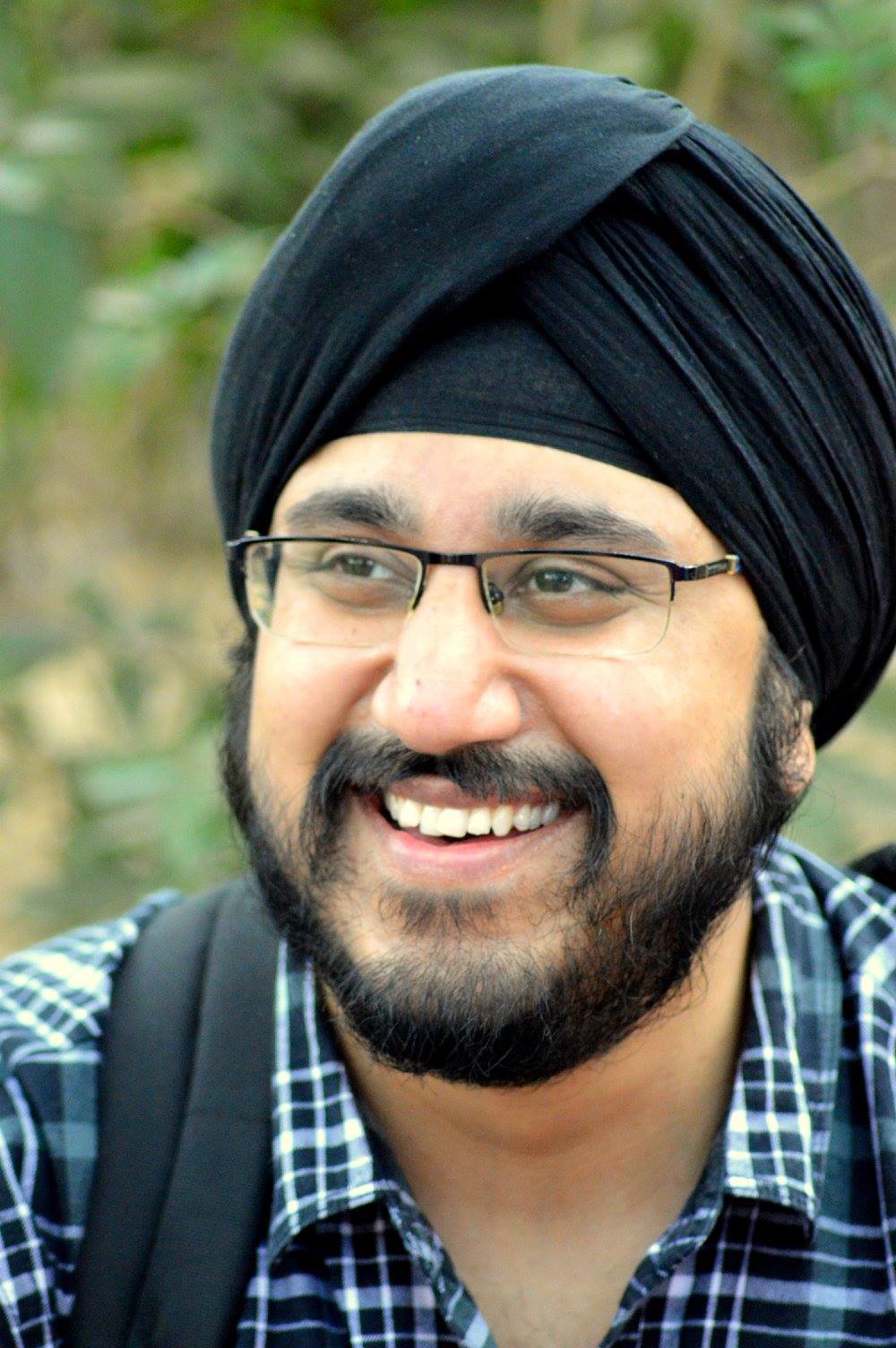 Q. Have you experienced first-hand trans/homophobia? If yes, how did you deal with it?

The only way I have experienced Homophobia so far is by means of words. I have been pretty tolerant so far in terms of keeping my emotions in check always and ensuring I don’t really over react. I do try to educate people as much as possible and always try to stay away from debates when I know the person would just not budge in terms of changing their opinion about homosexuality.

Q. When did you first out yourself?

I first came out to my parents at the age of 19 and then ever since I have never hidden my sexuality from anyone however, also not gone around wearing a placard announcing who I am. So far I am out to everyone that I know with the exception of relatives as it has always been a don’t ask don’t tell policy. They surely know about it but haven’t discussed with me or my parents.

Q. Was it unplanned or was there careful planning involved?

Definitely the time I came out was not planned. I always wanted to come out to them and had this urge of daily telling them who I am and what really my preferences are. However, the time this happened it was not planned.

Q. Why did you come out to them?

The reason I wanted to come out to them was because they always treated me as a friend and as an equal in the house. There was no pampering despite being the only child and yet there was always love and care that made me confident that the one’s who gave me birth have the right to know about what I really like in life first. I knew that if they accept me, I would not bother if the world does or not because I am and will always be indebted to them for giving me life and making me what I am today. I know it sounds pretty cliche but for an 19 year old at that time too my best friend was my mother and she continues to remain so even today. 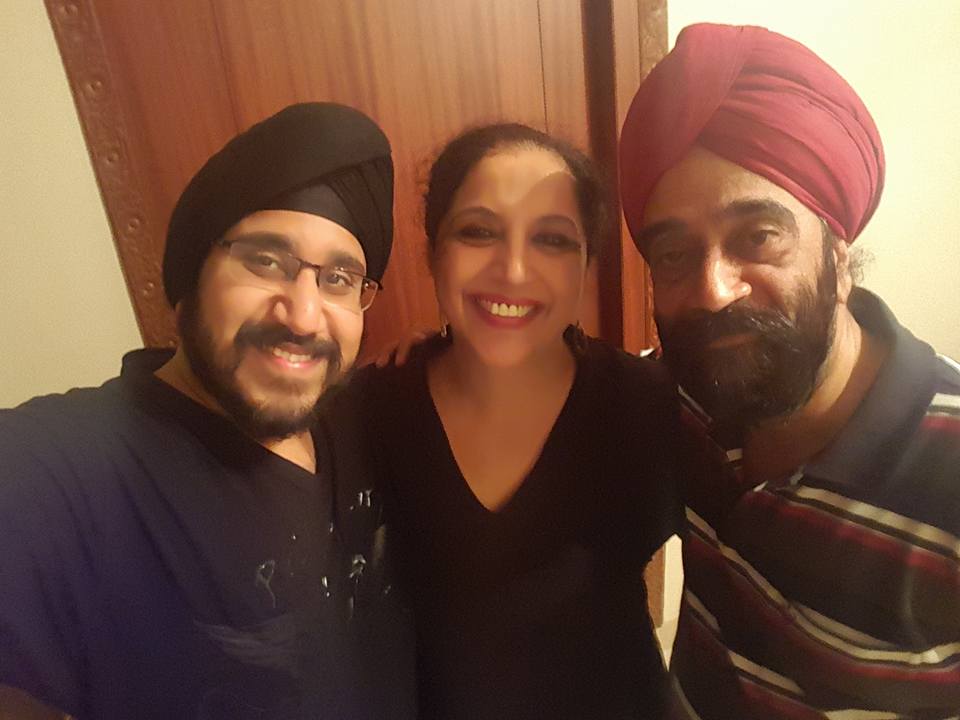 Q. How did that person react?

My mother took it very hard as in she did ask me a lot of questions, there was drama and when I saw Kirron Kher in the movie Dostana, without a fraction of a second I related her to my mother completely! My mother did get pretty emotional initially but what she said then she still says today “You are my child and a part of me as I gave birth to you so what you are today is not your or my fault. Though it is not something I am used to or something my psyche considers normal but then again I don’t even consider it as abnormal because your happiness is what I strive for”. I must say that my father has been very cool about the fact right from the start. He said he always knew it by seeing the porn history in the computer at home. That was both embarrassing and comforting at the same time because he did play a very important part later in trying to convince my mother that what I am is perfectly normal as what they are. The only question he asked was if I am pretty sure about it and if that it is not a phase to which I confirmed in the positive. Since then he has always been very cool about it.

Q. Did your coming out change anything about your relationship with them?

No change at all in my case which I feel is good and consider myself pretty lucky after having heard a good amount of coming out stories that didn’t go well. The three of us at home are the same as we always have been towards each other.

Q. Have you ever been outed without your consent? If yes, how did you deal with it?

This has happened on a multiple occasion and at every occasion I have been pretty normal and never ever taken any offence to it. I mean it’s as normal for me as if someone tomorrow says I am fat. I know I am, people can see I am so there is no shocker about it and it is not something I am uncomfortable with. I always take the questions from people with a smile and that is what really makes them respect me more. This is also what I tell others who experience the same. I do believe that if you are comfortable in your skin then be it whatever, you sure will be able to naturally deal with it positively.

Q. How did the people you were outed to deal with it?

Luckily no one has ever on my face ridiculed me or made me feel uncomfortable.

Q. Do you think being gaysi makes it harder to come out & that if you weren’t part of such a traditional & conservative culture you would have an easier time with your sexuality/identity?

As much as I really don’t like it, I will have to answer it in the affirmative because that’s how we are programmed to think. If right from the start you are told that being gay is wrong or something unnatural, you will grow up thinking that way until your thinking becomes independent or you interact with the society wherein you see a balance of thoughts. It is very difficult for every ethnicity in India today to come to terms with homosexuality because every man or woman of religion and culture teaches you it is something sinful and if you have been told to fear God, you will think of it as very difficult. That is the only reason why people succumb to family pressures and end up getting married thus ruining multiple lives.

Q. Would you recommend that people stay in the closet or come out?

Individuals identifying themselves as straight don’t have to come out so why do we? I mean it should be a natural process. You are gay, you are gay! you are a lesbian you are a lesbian as you are a straight person! However, given the cultural and ethnic atmosphere today we are living in, I recommend that as long as you are financially independent and not attached to anything or anyone, you should come out. The reason I believe in coming out having met these conditions even though I never really thought about it when I came out is because today it is wildly spread and spoken about that Homosexuality is a crime or something which is not the normal way of living for a man and a woman. Since our constitution doesn’t consider it as a right or a freedom and makes it a crime so naturally people who have grown with a way of living and thoughts would get this as a strong backing to oppose homosexuality. This way if you know you are staying in a very conservative and orthodox society, you may be asked to leave if not that, you may end up having to face a lot of hostility and this would lead you to depression and a great deal of suffering. One thing everyone should understand is that parents will always love you no matter what as you are a part of them but then again they are humans and have to live in a society due to which there could be times they may fall into the pressure of living within those norms and take tough decisions. You need to give them time to accept the whole thing which is why I believe you need to be financially independent so you can live alone if need be while giving them the time to accept your preferences and choices.

Q. Have you come out to any family member?

Yes I have. Whenever and if ever I am asked, I never hide my orientation.

Q. One Indian Celebrity you would love to see coming out as gaysi?

There are soooo many! I think the one that I always remember is a movie titled You Should Meet My Son. It is about how a mother gets to know about her son being gay and then goes out trying to find him a perfect match. It is a mix of all emotions which is why I find this movie really special and also because I showed it to my mother who also enjoyed watching it.

Ok so this is embarrassing but I don’t mind in saying none as I never have never come across one.