Talking About A Revolution

It has been 7 days since the Supreme Court of India released it’s verdict on section 377, and India has shamefully put itself on the map again, this time for violating the fundamental rights of roughly 3 million citizens. My initial reaction was to disown my Indian citizenship and identity. On the contrary however, the past 7 days have only reinforced my faith in the Indian mindset.

Celebrities, politicians, spiritual leaders, the so-called elite and the so-called not elite have all voiced their opinions on the blatant human rights violation by the Supreme Court ruling. While the stats are still unclear, what we know for sure is that a majority of the country believes that the Supreme Court’s verdict was unfair. This is pretty impressive for a country we all considered conservative and regressive. It’s almost as though humanity came together overnight, left their personal prejudices at the door and joined the battle of a “minuscule minority”.

What’s more encouraging is the fact that within 48 hours, a decision was made to hold a nation wide protest. As soon as 10 cities came together, and the word began to spread, other cities immediately stood up to support. The campaign went viral! Finally 38 cities from around the world came together in unity to protest on December 15th, 2013. 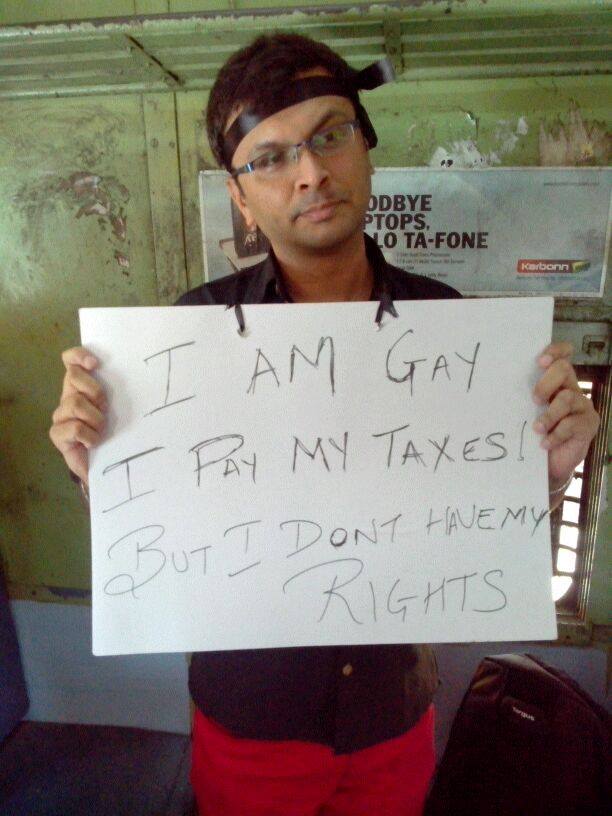 What is an LGBT protest without any drama or prejudice? After sleepless nights and excitement about the impending protest, we finally reached the protest at 2PM to set up, only to find out that the park maintenance crew would not let us in, despite us having police permissions. Since the park officially opened only at 4PM, he would not allow us in ahead of time. The police who had already gathered there could not have been more supportive. They tried their best to convince the park employee to let us in, but his resistance towards us was clear. While an incident like this would usually make me very angry, this actually worked out in our favor. For an hour and a half till he let us in, our protesters were made to stand on the pavements, providing us with a more visible location, something we would never have other wise been given permission to do! With a 20-foot rainbow flag hung off the side of the flyover above our heads; slogans of anger, hope and inspiration filled the air. No one could ignore us today. The evening ended with a circle of peaceful singing and a candlelight vigil.

It was a proud moment in history for many of us. Ours is a revolution of love, and the mask wearing days of the past are far behind us. In a span of 48 hours, I heard over 15 coming out stories. People who once feared telling their parents now find it even more important to stand their ground. We are no longer afraid, and we will not be pushed back into our closets. 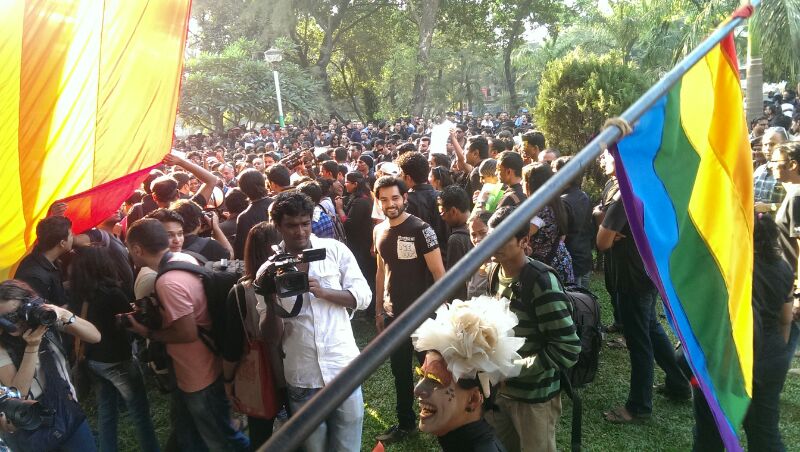 While there is still a long road to freedom, the fact is that the verdict has only accelerated the gay rights movement and made more of us fearless. We showed our strength in 38 cities world wide, and this is only the beginning. This is what happens when one ripple angers a “minuscule minority” – You create an international wave. 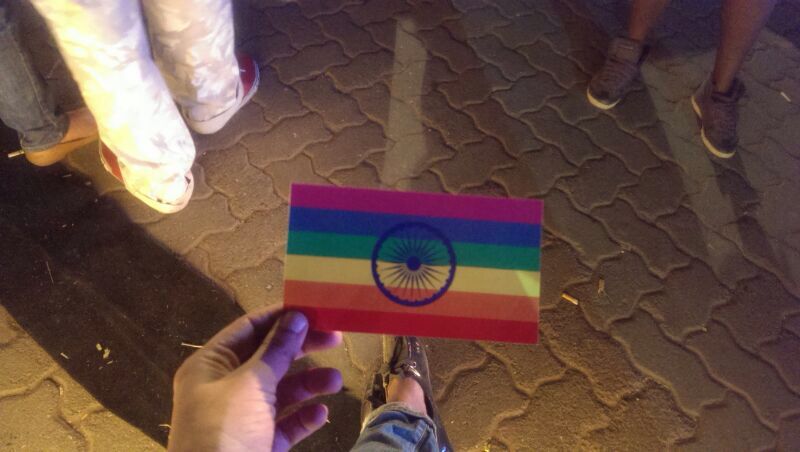